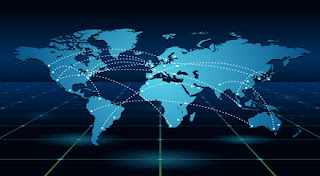 In the years since WWII, America has protected its national interests and supported its allies through projecting power across the globe in the four domains of land, sea, air and space.

But in today's newer, fifth domain of cyberspace, America projects a confusing passive-aggressive posture that neither deters its aggressors or comforts its allies.

The picture of U.S. proactive cyber intelligence posture has been stripped and hung out in full disclosure via the National Security Agency documents misappropriated by Edward Snowden, currently encamped and employed in Russia. In terms of setting the U.S. on its heels in cyberspace, president Vladimir Putin could not have created a more savory scenario had he designed it himself. Or perhaps he did.

Snowden's headline-grabbing depiction of America's cyber information-gathering activities was a gift to Islamic terrorist regimes of monumental proportions. New communications codes and channels were set. Revised methods for avoiding U.S. intelligence surveillance were put into effect. All flashed into immediate use, most likely via U.S. social media tools such as Instagram and Twitter.

News of U.S. intelligence actions enraged some of America's European allies, in particular those who felt they were on the receiving end of espionage activities best designed for use against potential assailants. Additionally, U.S. tech firms rushed to distance themselves from involvement, seeking to protect their own global business interests,

However, in protecting its own interests, the level of U.S. inaction is a paradox.

Each year, hundreds of billions of dollars of intellectual property, including advanced weapons systems plans, are stolen by China's cyber military groups. In 2014, nearly 525 million personal and financial records were stolen from U.S. institutions by Russian and other cyber crime syndicates. More than 80 million personal records were appropriated from Anthem Health alone.

The latest heist? From the files of the Internal Revenue Service. This theft is in spite of the fact that the IRS has been warned for years over their lax and ineffective cyber security procedures. The IRS response? Those American citizens who had their tax records stolen were offered a free year of credit monitoring, so they could be informed - after the fact - when their identities were used to establish lines of credit, obtain loans, or perhaps open credit and debit card accounts.

The U.S. inexplicably allows attacks on American corporate, military and government networks to occur without retribution. Further, this posture is not expected to change. In a presentation at Stanford University in April on the Department of Defense 2015 National Cyber Strategy, defense secretary Ashton Carter informed private enterprise that as far as cyber security is concerned, "You are on their own."

This lack of commitment to cyber defense is poised to take a further fall. On June 1, the provisions of the post-9/11 Patriot Act setting up the monitoring of telephone call metadata for tracking terrorist activity are expiring. These protections do not appear to have the support in congress or the White House for renewal.

The lapse of these measures places America's intelligence agencies in the defensive position of relying on third party telephone companies and a panel of judges to provide information on potential threats against the United States. According to national security experts, such limitations seriously degrade U.S. national defense capabilities.

Where can this path lead? Although the security of the post-WW II world has vanished from current view, our future may already be written.

Following 9/11, U.S. intelligence agencies were widely faulted for not collecting the proper information, "not connecting the dots," to prevent the attacks. Thomas Keane and Lee Hamilton, co-chairs of the 9/11 Commission, published an update to their original report, fittingly, on September 11, 2014. They stated the following:


"One lesson from 9/11 is that we didn't awaken to the gravity of the
terrorist threat until it was too late. We must not repeat that mistake
in the cyber realm."

How short must our memories be?