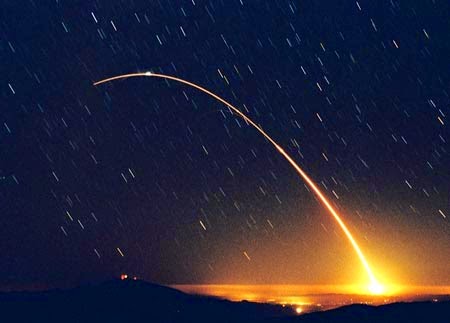 Members will debate how to ensure America is prepared to meet tomorrow's national security challenges.

The cost of defending against such growing threats with traditional aerospace satellite surveillance and anti-missile systems has accelerated to the point where some congressional members of the House Armed Services Committee are suggesting a reevaluation of U.S. defense capabilities before 2016 spending commitments are made.

Such deliberations will be incomplete and perhaps near-obsolete unless a looming threat filling the horizon is addressed.

Cyber attacks against U.S. institutions are not a new phenomenon, Private and government networks have long been the target of cyber espionage, theft and disruption. Moreover, such attacks are becoming increasingly sophisticated and more frequent. Recent reports show a 2015 acceleration in attacks of 42% over 2014 levels.

At the same time, advancements in cyber technology are propelling increased use of cloud computing and mobile devices, making U.S. networks even more vulnerable to intrusions by state-sponsored organizations, hackers and terrorists.

In the December 2014 attack against Sony Pictures Entertainment, assailants stole films and internal records and destroyed data files and computer networks. Physical violence was threatened against Americans if the studio released its upcoming film "The Interview" depicting the assassination of N. Korea dictator Kim Jong-un. The confused, conflicting, and oft-reversed Sony and U.S. response to such threats showcased America's unpreparedness for cyber events for the world to see.

Admiral Michael Rogers, director of the National Security Agency and US Cyber Command, recently warned the house Intelligence Committee of even more dramatic cyber risks. He emphasized that assaults against the networks of industrial-controls systems - the electronic brains behind operation of infrastructure such as the electrical grid, nuclear power plants and air traffic control systems - would cause widespread damage and civilian deaths.

"There shouldn't be any doubt in our minds that there are nation-states and groups with the capability to do this," Adm. Rogers said.

Congress will no doubt give the priorities for future defense spending its serious attention. One can hope lawmakers are aware of the near-geometric expansion of cyber weapons and the increased threats such capabilities contribute to the vulnerability of U.S. networks and critical infrastructure.

Are ever-more advanced generations of existing weapons systems the path to America's future security or are they missing the mark in the cyber age?

Today's technology-fueled global environment suggests that cyber warfare trumping aerospace power may be more a matter of 'when' than 'if,' and sooner rather than later. A new era has begun.