Cyber Alert: The Russians Are Coming 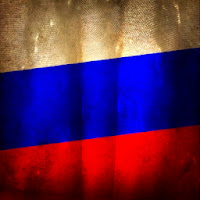 When it comes to today’s digital world, it is the best of times – and it is the worst of times.

Although we enjoy an era of unparalleled worldwide commerce, sharing of cultures, and global communications thanks to the Internet, we also find the power of this marvelous creation turned on us in ways we would not have considered possible just a few years ago.

Goals such as improving quality of life, extending the benefits of health care for all and spreading economic benefits are still there but deemed perhaps unachievable, or at a minimum both diluted and distorted.

The good is here but the bad has come with it – and there is no going back. The genie is out of the bottle.

A rising torrent of cybercrime attacks on hundreds of millions of Americans has swept the nation. Roughly 280 million customers have been affected by cyberattacks on Home Depot, eBay, and JP Morgan.

The government has fallen victim, too. The Washington Post reported that hackers affiliated with the Russian government have breached computer networks at the White House; meanwhile, the Chinese government infiltrated the Department of Defense to steal plans for the F-35 advanced fighter jet.

There appears to be no end to such cyberattacks, nor means to stop them. Worse, there are ominous signs that these attacks are just the beginning.

A recently released study by the Pew Research Center study found that more than 60 percent of 1,642 computer and Internet experts polled believe a nationwide cyberattack against the United States is imminent.

The most vulnerable targets include essential critical infrastructures like power distribution. Many also expect attacks against the financial services sector at a larger scale than is now being experienced, possibly leading to economic disruptions worldwide.

Those surveyed did not have expectations of immediate attacks, but such views quickly became outdated in October, when the Wall Street Journal reported that Russian computer hackers have already begun laying the groundwork for such attacks against the U.S.

In researching recent cyberattacks, investigators for cybersecurity firm FireEye found “sophisticated cyber weapons able to evade detection and hop between computers.” The investigators also found code programmed on Russian-language machines that was sophisticated enough to indicate a government sponsor, specifically a government based in Moscow.

The cyber weapons discovered by FireEye, known as “trojan horses,” have been discovered in America’s critical infrastructures such as power and water facilities. Such weapons consist of malicious software that potentially threatens all aspects of our daily lives and is just waiting to be activated.

Such cyber weapons implanted in American industrial facilities can be located and disposed of, but the facts are there: more will come.

Cold War 2.0 has begun. And the Russians are not just coming with the genie in hand; they are already here.


("Grunge Flag Of Russia" by creativedoxfoto/FreeDigitalPhotos.net)
Posted by Unknown at 5:31 PM