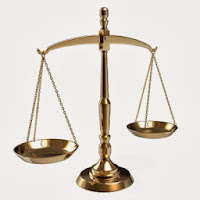 Watching cyberspace developments in the United States is much like watching a serial psychodrama on television: it’s a saga filled with twists, turns, surprises, and unintended consequences.

The nation’s story arc involves two opposing forces on course to collide: the fear of personal privacy invasion and the capabilities necessary for the nation’s cyber security.

The consequences resulting from this struggle will majorly influence the personal safety of Americans over the next several years. Let’s take a look at both of these forces.


Privacy: In spite of their willingness to share intimate details of their lives through social media, many Americans are increasingly wary of the media-fueled fears of growing encroachment on personal information by U.S. intelligence agencies.

Steps to curb cyber intelligence gathering have already been taken. Although an existing law forbids warrantless phone tapping, the U.S. Senate recently introduced a measure that would end the NSA’s bulk collection of domestic phone records. NSA Director Gen. Keith Alexander has publicly stated that crippling his agency’s spying abilities would be the “wrong decision” for America’s security.

While America’s cyber intelligence capabilities are strong, its cyberattack defenses are demonstrably weak, as shown recently:

All the while, extremist organizations around the globe are finding that offensive cyber weapons are becoming widely available.

It’s understandable that increasing the transparency of America’s cyber intelligence operations would help citizens understand how the NSA operates, hopefully lessening opinions that the U.S. is a “surveillance state.”

But crippling intelligence gathering sets the wrong course, ignoring that the defense of our critical national infrastructures must be a top priority in today’s dangerous environment. Fear of privacy loss appears to be winning the emotional battle in this U.S. psychodrama, but this will prove to be risky thinking.

Facing major disruptions in electrical power, aircraft safety, and the financial sector, one would think Americans would be more concerned with security than invasion of privacy.

But the obsession continues in spite of the reality: privacy is a myth.

Evidence of this fact is everywhere: cameras on every street corner; Facebook facial recognition software; digital databases filled with personal information; Apple fingerprint libraries; smartphones transmitting our every move. Like it or not, we are living, breathing nodes for information transmission.

Gene Kaspersky, founder of the Internet security firm that bears his name, summed up this reality best: “On the Internet, privacy is dead.”

Will Americans - and our governing institutions – ever let go of the fear of privacy loss and focus on the true problem facing our nation: the ever-increasing threats from cyberspace on our way of life?

It seems our real enemies might be within our very own borders, perpetually fear-mongering to shift the nation’s focus to a pseudo-threat to the detriment of us all. One can only hope that it won’t take a 9/11-scale attack to shift our priorities.


("Gold Scales Of Justice" image: Kittisak/FreeDigitalPhotos.net)
Posted by Unknown at 10:33 AM