Fortunately – and unfortunately – computers are everywhere. When used for good, computers power our modern way of life. But when used under the wrong direction, the cyber machines possess powerful capabilities for malicious actions, such as initiating military action, creating social chaos, affecting government turmoil, and inflicting destruction.

The constant here is the computer. The variable is the human factor, which, as I profiled in my earlier post on human factors, poses the dangers.

The growing problem is that the rapidly expanding availability of cyber weapons is enabling global proliferation of cyberwarfare capabilities into less-developed nation states and, increasingly, the hands of extremists and “irrational hackers.”

This is where the risks for U.S. Homeland Security begin. And to these risks, there is no end in sight.
Read more »
Posted by Unknown at 12:30 AM No comments:

Driven by advances in communications and cyber technology, global aviation is on the precipice of momentous change. But what will it mean for air travelers?

Many of aviation’s operational procedures (radio communications, radar and human controllers, to name a few) have not substantially changed for 70 years. With increasing air traffic pushing this system to its physical limits, the industry is turning to Internet-based technologies like eEnabled aircraft and highly connected air traffic control systems.

But it appears there’s a glaring disconnect between the industry’s embrace of Internet technologies and its awareness of cybersecurity threats. The American Institute of Aeronautics and Astronautics recently stated:

“Cyber adversaries are numerous, adaptive, attack from multiple fronts, and are far-reaching. It is not a question of if there will be an attack, but rather when, and what the outcome will be.”


With the potential for a cyber-fueled aviation disaster looming, I set out to the annual aviation industry gathering in Los Angeles, where the aviation industry was set to unveil its “Framework for Cybersecurity” decision paper.

And what I found is unsettling for air travelers.

Edward Snowden’s NSA Leaks: Could These Seismic Shocks Have Been Prevented? 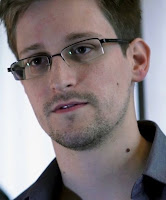 Ex-NSA contractor Edward Snowden is now on Russian soil, leaving the Moscow airport transit lounge with 12 secure months of asylum from Russia tucked under his arm and a pending job offer at VKontakte, Russia’s biggest social networking site, in his pocket.

Wow. And all of that presumably without a series of grueling face-to-face interviews from his new employer. In addition, Glenn Greenwald, the reporter at The Guardian who broke Snowden’s revelations, has landed a nice book deal -- plus, perhaps, an extended contract at his newspaper, which hasn’t had this much publicity since the 1963 Profumo political scandal.

The rest of us should be so lucky.

A part of me wants to turn this tragi-comedy fairy tale into a cyber-age spy thriller, with Snowden as an undercover U.S. CIA agent carrying out a top-secret assignment to get inside Russia’s cyber security apparatus and save civilized society from World War III.

But let’s get back to reality: How did the rest of America fare from Snowden’s disclosure of U.S. intelligence electronic data gathering methods?