Did Shakespeare Set the Stage for the Coming Wars in Cyberspace?

"All the world’s a stage, and all the men and women merely players…"
–William Shakespeare, As You Like It

Little did Shakespeare know how these words describing the tightly defined stage in the early 17th century would be so appropriate in describing the global cyberspace stage of the early 21st century.

As today’s Act I begins, the stage is filled with actors possessing duplicity, deception, corruption and overreaching personal ambition, much as in Shakespeare’s day.

Let’s meet the cyber players in this 21st-century global cyber-saga: 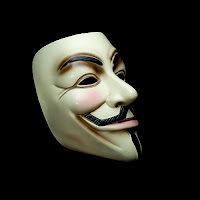 And finally, we have The Contributors, a global supporting cast of more than 2.3 billion and growing. This is where you and I take center stage. Whether we know it or not, The Contributors provide a continuing supply of personal, financial, and transactional data for The Creators to use in creating value.

As Act II plays out, the plot thickens as our devious villains hatch their schemes. DDoS-created outages bring down financial web sites, and communications satellites are disabled. Military command and control systems are rendered inoperable and attacks on national infrastructures result in widespread electrical and communications outages.

Improved cyber defenses are crafted and rushed into deployment, but with almost all the advantages on the side of The Takers, The Defenders find themselves thrust into an offensive role. The players in effect switch roles, and the cyberstrikes continue in reverse.

And the Conclusion of Act III?

A recent preview of my cyberthriller, Aftershock, states:


“The building cyberstrikes led to a global fusillade of attacks and counterattacks of unimaginable consequences...

From a scientific satellite orbiting at an altitude of 22,500 miles, the once brightly-lit ecosystem called Earth might have appeared as though it had experienced a sudden electrical surge, perhaps a massive global short, just before vast regions went dark.”


An extreme view? Perhaps, but we shall see. The stage is set, the players are in their places, and Act II is well under way.