The Twitter Hack and Wall Street Market Crash: What Can You Do to Protect Yourself? 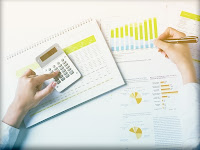 In my prior two posts, I examined how the recent AP Twitter account hack caused a sudden crash in the securities markets. I also discussed the potential investing dangers that may result from a cyberattack market crash.

So how can you protect your investments from future cyberattacks that affect U.S. securities markets?

First, let’s look at the reasons why social media’s market influence has increased in the past month:

Some Wall Street observers believe we now have a more fragile market.  A market that is subject to even more unexpected, random swings than before. When you throw in the market-moving impact of false information, such as what happened with the recent AP Twitter account hack, what is the result? In the most recent instance, market swings that affect all investors.

Wall Street fund managers I have spoken with have downplayed the risks posed here, almost as though they do not exist. Investment firms and the financial media will similarly issue disclaimers stating there is no problem. They do not want the fear of chaos to drive the average investor from the market. After all, it is the average investor who feeds new funds into the securities markets for the professionals to trade on.

So what about protecting our investment accounts? The truth? There is nothing we as individuals can do to protect other firms' Twitter accounts from being compromised. As long as America's financial  and social media sites are open and vulnerable to attack, the hackers will clearly have the upper hand to strike when and where they please.

What is the typical investor to do? I suspect the answer lies partly in one’s investment strategy. Day traders, for example, may find themselves more subject to risk than long-term buy-and-hold investors.

But there are steps that you can take. If you fear U.S. markets, for example, overseas markets may be less prone to cyberattacks than Wall Street. The use of stop-loss orders, which execute trades to limit losses, can also be minimized or avoided outright.

Bonds, which aren’t quite as affected by rapid market moves as securities, are another investment alternative to consider.

Even if you take some of these steps, you’ll probably still wonder if your investments are safe. The answer partly depends on your investment philosophy and your tolerance for risk. And partly on luck, or the lack of it. Either way, the risks from cyberattacks on America's financial system pose a real and present danger. A danger deserving of serious investor consideration. For me, I have swung to real estate and cash.

What steps will you take to reduce your risk the next time a hacked Twitter account causes a market crash?


** NOTE: The comments herein are the opinion of James McFarlin and in no way should be interpreted as investment advice. See your financial advisor for assistance. **

("Business Data Analyzing" image: adamr/FreeDigitalPhotos.net)
Posted by Unknown at 6:28 AM