The Twitter Hack and Wall Street Market Crash: Just the Beginning of the Trouble? [Part Two] 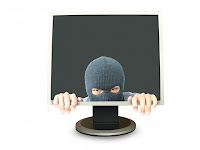 If you missed the first post in this series on the recent AP Twitter hack and market crash, read up on how a hacked AP Twitter account caused an abrupt plunge in the Dow Jones Average.

When the Associated Press’ Twitter account was hacked in April, it quickly sent the stock market crashing.

Luckily, AP put out a disclaimer and the market quickly recovered. The entire ordeal was over in less than three minutes.

While some have dismissed the event as “more flash than crash,” major questions remain. A primary concern has to do with the impact on the confidence in our securities markets. Why is Twitter so easily hacked anyway? And if a single social media post has the power to be this disruptive, what else can happen?

Immediately after the Twitter hack, America’s securities regulators called an emergency meeting. Preventing such future economic cyberattacks was their question. Their conclusion? No rule changes are possible to deter future attacks of this type. Their strategy? Deter future attacks through prosecution of those who profit from such hacking-fueled crashes. Really!

Think this is scary? You’ve seen nothing yet.

Fast forward your thinking to the potential disasters from another false Tweet or social media hack. What if false information is released by a hacked Twitter or Facebook account that is more difficult to disclaim? What if those false posts are confirmed by yet another hacked media source? What if this false information causes the Dow average to continue plummeting? What if predefined sell orders triggered by the panic accelerate the decline? Would they irretrievably wipe out the savings of millions of investors?

I know you get the drift. We are only several serious cyberattacks away from nationwide economic chaos.

Scared yet? We should all be thinking seriously about this. In my next post, I will address how – and if – we can protect our assets from such market cyberattacks in the future.