Are Chinese Hacker Cyberattacks Really Behind the Theft of U.S. Weapons Systems Designs? 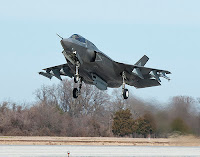 Designs for many advanced U.S. weapons systems – including the advanced Patriot missile, the Navy’s new high-tech Littoral Combat Ship, the Aegis ballistic missile defense system and the Black Hawk helicopter – were breached this morning. As media outlets picked up the Chinese cyberattack story, the recriminations flew faster than the F-35 fighter jet whose designs were reportedly stolen.

“That’s staggering,” Mark Stokes, executive director of the Project 2049 Institute, a think tank focusing on Asia security issues, told the Washington Post. “These are all very critical weapons systems, critical to our national security. When I hear this in totality, it’s breathtaking.”


The Defense Science Board, a senior advisory group to the U.S. Department of Defense, sees serious threats ahead for any military conflict between the U.S. and China. They recently reported that the current losses of military secrets could result in “severed communication links, data corruption misdirecting U.S. forces, even weapons failure.”

The board sees cyberespionage as a key tool in China’s campaign to overcome the U.S. military advantage. Their report is clear in one other conclusion: The U.S. Defense Department is unprepared to counter the cyber-conflicts that are driving these thefts of U.S. weapons systems designs and other secret materials.

For what it’s worth, China vehemently denies any sort of cyberespionage campaign against the U.S. President Obama and Chinese President Xi are sure to raise the subject next week when they meet at the Annenberg Estate in Rancho Mirage. But without Chinese admission of these thefts, it is doubtful that any substantial progress on cyberespionage will be reached during their discussion.

So where does the blame for such defense secrets losses lie? Clearly China has the motive. It also has an accomplice: the U.S. defense industry. Many of these companies – Lockheed-Martin and Northrop Grumman are two – have admitted to security lapses in their computer networks. Their subcontractors have even fewer capabilities to protect critical U.S. defense secrets from being stolen by Chinese hackers or other cyberattacks, a vulnerability the DoD is rushing to attempt to close.

My take? Chinese hackers did it and will continue to do so. But their work is a team effort, with the U.S. on the team. Chinese hackers cannot be talked down. Once again it is time for us to up the ante on our cyber defenses in a major way. What do you think?