From Boston Terror to Cyberterror: The Importance of Getting the Terminology Straight 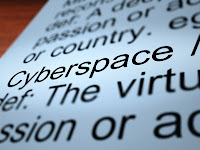 We can only know how to respond to attacks against the United States if we know what we are fighting back against.

When attacks on the U.S. occur, descriptive words are thrown around by officials and the media in a mad, almost random frenzy, as they try to build a frame of reference to the nature of the threat against us. Whether these attacks involve deadly explosives, such as those used in Boston, or cyberattacks, like the daily assaults against U.S. banks, the word terror must be used carefully.


In the case of the Boston bombings, the term first used by President Obama was “senseless loss.” The next day, he used the term, “act of terrorism,” stating that terrorism is any bombing aimed at civilians. To be accurate, however, terrorism is any attack on civilians for a political purpose. Until you know the purpose, you can’t know if it is terrorism. The Tucson shooter who nearly killed Rep. Gabrielle Giffords in 2011 was simply deranged. He was a certified paranoid schizophrenic, not a terrorist.

Similarly, descriptive words are thrown around in the world of cyberattacks, but they are often inaccurate. Chinese thefts of intellectual property receive knee-jerk reference as cyberwar. Intrusions on banking networks are classified as acts of cyberterror. But the same definition for the Boston attack applies to cyberattacks. An attack which takes out the western U.S. power grid in an attempt to traumatize or bring fear and irrational acts from civilians is an act of cyberwarfare. Theft of intellectual property is cyberespionage.

Cyberattacks of all types – crime, property theft, disruption, destruction – will only continue to increase. If we begin to get our terminology straight, we will be better equipped to clearly understand and respond to such attacks.

NOTE: As of the time of this posting, the Boston attacks do appear to be an act of terror.